what is s-curve in project management? 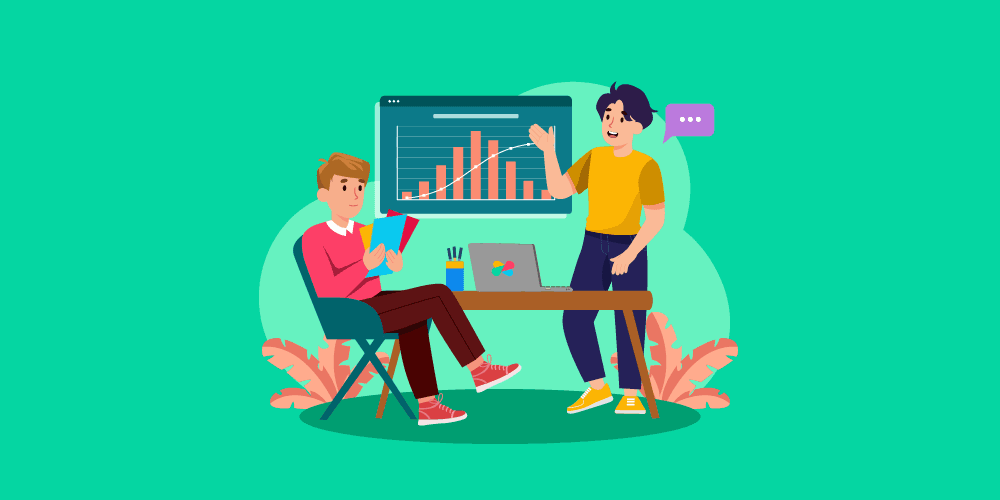 Project management can be a daunting task for many individuals and organizations. It involves coordinating various teams and resources to ensure that a project is completed on time and within budget. However, the struggle of project management is real, as it often involves dealing with numerous challenges such as scope creep, changing priorities, and resource constraints.

What does an S-curve means? 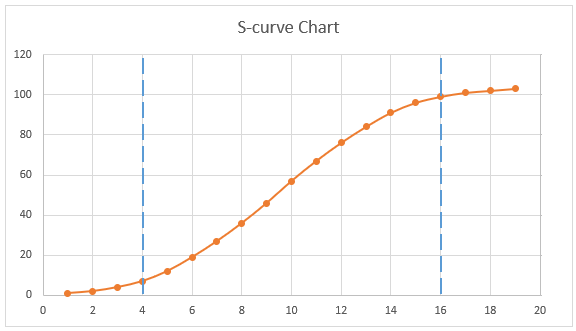 The S-curve is a graphical representation of a project's progress over time. It is often used in project management to track the progress of a project and identify potential issues or roadblocks. The S-curve is typically plotted on a graph, with the x-axis representing time and the y-axis representing the project's progress. As the project progresses, the graph will show a gradual upward slope, representing the project's initial slow start and gradual increase in productivity. As the project nears completion, the graph will show a steep upward slope, indicating a rapid increase in productivity.

The S-curve is called an S-curve because, when plotted on a graph, it resembles the letter S. The shape of the S-curve can vary depending on the project, but it typically shows a slow start, followed by an acceleration in progress, and then a slowing down as the project nears completion.

What are the typical applications of the s curve in project management?

The s-curve is a versatile tool that can be employed for various purposes throughout the duration of a project. Some key applications of the s-curve are:

Comparing the quantity of output

Another significant application of s-curves is to assess the quantity of output that a project will produce. This is especially common in the construction and manufacturing industries.

Another use of s-curves is in developing cash flow forecasts and predicting the impact that changes in cash flow will have. Cash flow refers to the timing and movement of cash in relation to tasks and events that occur during the execution of a project.

The cash flow curve is useful for stakeholders because it allows them to evaluate the need for cash and the actual timing of payments that are due under the obligations accepted by the company. This is the most important benefit of drawing a cash flow curve.

The primary use of s-curves is to assess the progress and performance of a project through the use of Earned Value Management (EVM).

S-curves are typically created as part of the Earned Value Management System (EVMS) process and serve as the foundation for evaluating a project's progress and performance. To determine the current status of the project and make future predictions, a number of factors need to be considered, including:

To generate results, all of these factors must be compared to the planned s-curve. This comparison is useful because it allows you to quickly determine whether the project is exceeding the budget or if a task is behind schedule by simply looking at the graph.

This is perhaps the most important use of s-curves. Most scheduling software can easily generate s-curves based on parameters such as quality, man-hours, and cost, which can help determine the range of possibilities for when the project can be completed on time. The software can produce two types of s-curves: one based on early dates and another based on late dates. These s-curves usually overlap at the beginning and end of the project, forming a shape that resembles a banana, hence the name "banana curves."

The lines of an S-Curve

An s-curve that is front-loaded starts off steeply and then gradually levels off. It has a fast beginning and more time and resources are invested in the initial phase of the project. This type of s-curve might occur in projects that have a lot of repetition and require minimal planning and preparation time. Front-loaded curves are often seen in projects that were rushed from the start.

Back-loaded s-curves start off with a lower slope and gradually become steeper as the project progresses, with the majority of resources expected to be used later in the project. This type of s-curve indicates that there was extensive planning and design at the beginning of the project and a shortened development time.

How does it help? 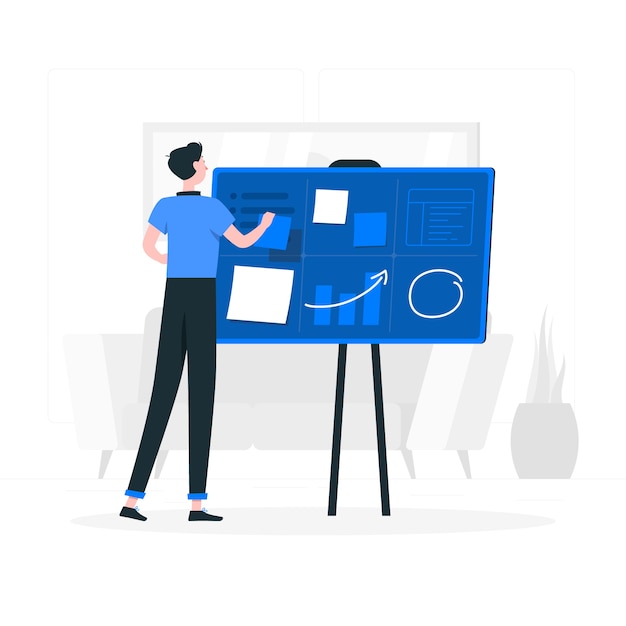 There are numerous ways that S-curve can be a big help to your project. Using the S-curve in your projects can provide numerous benefits, including improved project tracking, better risk management, and enhanced communication with stakeholders. Here are four compelling reasons why you should give the S-curve a try on your next project:

2.      The S-curve can be used to compare the actual progress of a project with its planned progress. This allows project managers to identify any discrepancies between the two and take corrective action as needed.

4.      The S-curve can be used to communicate the progress of a project to stakeholders. By providing a visual representation of the project's progress, project managers can easily communicate the project's status to stakeholders and keep them informed of any potential issues or roadblocks. Plus, the S-curve is a fun and engaging way to track the progress of a project!

How to create an s-curve in project management? 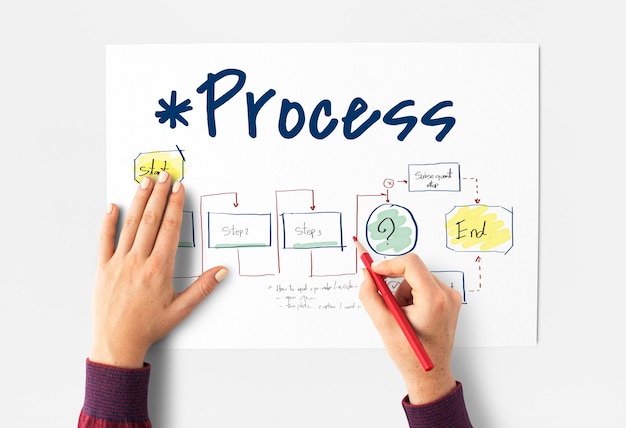 Creating an S-curve in project management is a simple and effective way to track the progress of a project over time. By plotting the project's progress on a graph, project managers can see the overall trajectory of the project and identify any potential issues or roadblocks. To create an S-curve, you will need a tool that allows you to create a line chart, such as Microsoft Excel or Google Sheets. Once you have the appropriate tool, follow these steps to create an S-curve:

2.      Once you have entered the data for your project, select the data and go to the Insert tab. From the Charts section, select the Line chart option. This will create a line chart of your data, which will be the basis for your S-curve.

The s-curve is a vital tool for project management that helps project managers track the progress of a project and identify potential issues or roadblocks. It provides a visual representation of a project's progress over time, allowing project managers to compare the actual progress of a project with its planned progress and make informed decisions about the project's overall performance. The s-curve can be used for a variety of purposes, including evaluating performance and progress, forecasting cash flow, comparing the quantity of output, and determining the schedule range of possibilities. Whether you're in the construction or manufacturing industry or just trying to better manage your projects, the s-curve is a tool that can help you achieve your goals. It is a versatile tool that can be employed throughout the duration of a project, providing valuable insights into a project's progress and potential roadblocks. So the next time you're tasked with managing a project, consider using the s-curve to help you overcome challenges and successfully complete your project on time and within budget.

If you're looking for a user-friendly collaboration platform for your team and business, Edworking is the perfect solution. It offers a variety of features that can boost your team's productivity, resulting in more successful projects. Give Edworking a try for free today and see the benefits for yourself! smartsheet vs wrike: comparison & reviews in 2023As the remote working trend continues to grow, the need for effective project management tools has never been more important. Teams need to be able to...
BY Marbenz Antonio3 days ago 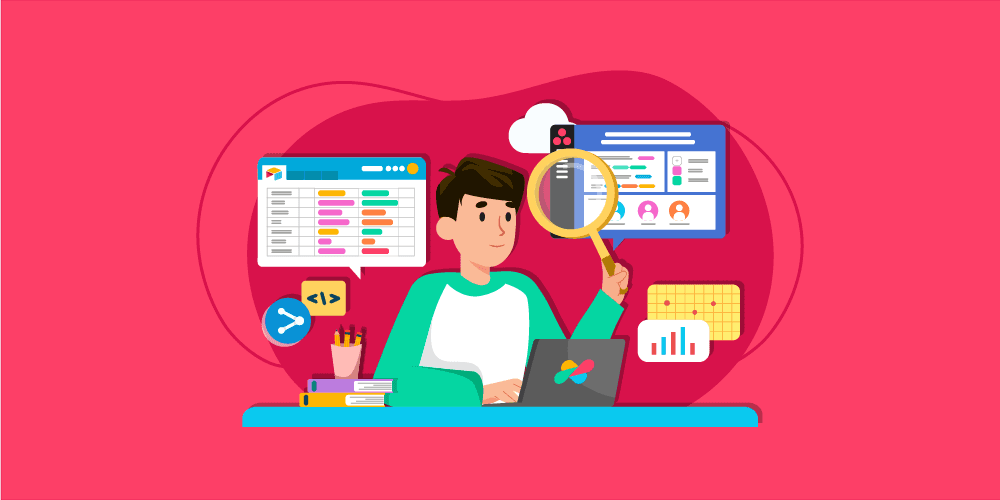 airtable vs. asana: the complete comparison in 2023When it comes to remote work, project management and collaboration tools are essential for keeping teams organized and on track. But with so many opti...
BY Marbenz Antonio8 days ago what is a scrum sprint?Scrum is a popular Agile framework that is widely used in software development, product management, and other fields. It is a process that helps teams...
BY Marbenz Antonio9 days ago the quick guide to strategy portfolio managementAs a project manager, you understand the importance of aligning your resources and efforts with the overall goals of your organization. This is where ...
BY Marbenz Antonio19 days ago

Try Edworking with your Team for Free now
Try it now